On Friday, April 13, 2018 the 2nd Polish-French Grand Charity Gala took place at the Mercure Hotel in Gdynia. A fashion show, music and artistic performances, as well as a charity auction made the evening full of excitement. This is an unusual, Tri-City event that gathered people with big hearts who, with their support and commitment, wanted to join in helping the terminally ill children of the Gdynia hospice.

The hosts of the evening were: Grażyna Dziegielewska-Kocken, producer of the French television TF1 and Igor Michalski, director of the Music Theater in Gdynia. They invited Alain Mompert and Mariusz Białek to the stage, who officially started the gala thanking all donors and sponsors, without whom this gala could not take place. The event was held under the honorary patronage of French Ambassador Pierre Lévy.

During the artistic part of the evening, the premiere performance of one of the songs from the show “Saturday Night Fever” was presented by actors from the Musical Theater in Gdynia: Beata Kępa and Krzysztof Wojciechowski.

For lovers of good style, a Paris fashion show was prepared in cooperation with three Polish designers: Sylvia Laroche, who creates unique hats, Ella Klemensewicz responsible for interesting jewelry, and Joanna Błażejowska, a designer whose dresses are under the brand name ASKA.

The highlight of the evening was the auction led by: Anna Maruszeczko, editor-in-chief of the Uroda Życie magazine and Piotr Jacoń, journalist.

The summary of the successful auction, from which funds were entirely transferred to help the pupils of the Gdynia hospice Bursztynowa Przystań, there was a recital by the duo: vocalist Chris Schitulla and the outstanding jazz pianist Bogdan Hołownia. 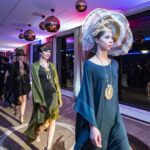 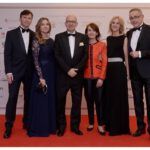 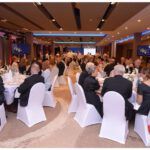 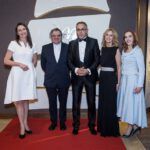 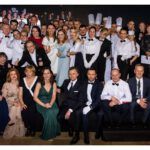